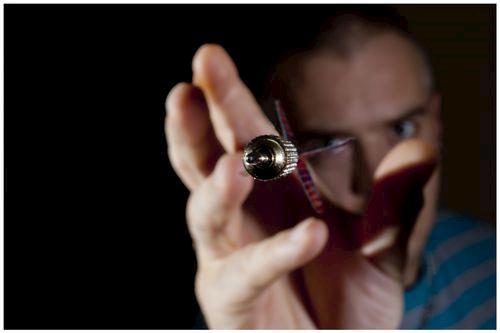 I don’t know why the war chapters get such a bad rap. I hear people complain about them all the time, lumping them right up there with the genealogy and “compare Isaiah” chapters. I don’t think that’s really fair. I love the war chapters. Chapter after chapter of doctrinal exposition gets kind of overwhelming (and or boring) after a while and I start to wish I could just read a cool story: an action-packed beginning, middle, and end. And right on time, here come the war chapters. Like a halftime show. I get to take my head out of the theological firehose for a few minutes and just hear Mormon recount a bunch of action sequences.

But you know the cool thing? I find some of the coolest little lessons in those war chapters. And they’re more interesting, too. It’s one thing to just say, “Satan tempts us to compromise little by little.” But it’s much more powerful (in my opinion) to tell the story of Lehonti on Mount Antipas and draw parallels from that. Here’s one of those moments I had recently in Alma 49:

Captain Moroni: keeping everyone on their toes

Remember when Zerahemnah tried to conquer the Nephites? He marched at the head of his Zoramite/Lamanite army and was surprised to find that Moroni was ready for them. And what’s more, Moroni had covered his armies in this revolutionary new thing called armor. Dressed in battle gear, and strengthened by the Lord, the Nephites made quick work of their surprised foes.

Fast forward only two years and Amalickiah (Zerahemnah version 2) was now commanding the Lamanite armies. Same objective, same strategy. But the Lamanites had learned last time not to come to the battle in a loincloth. This time, they came with armor of their own:

I’m sure they felt pretty smug. Now they would surely beat those annoying Nephites! But to be cautious, they decided to start their conquest of the Nephites by beginning somewhere nice and easy: the recently destroyed border city of Ammonihah. But Moroni had anticipated their plan and had another surprise up his sleeve:

Behold, the city had been rebuilt, and Moroni had stationed an army by the borders of the city, and they had cast up dirt round about to shield them from the arrows and the stones of the Lamanites…

Behold, how great was their disappointment; for behold, the Nephites had dug up a ridge of earth round about them, which was so high that the Lamanites could not cast their stones and their arrows at them that they might take effect, neither could they come upon them save it was by their place of entrance.

Remember, these Nephite dissenters had only been gone a few years. And yet, they hardly recognized the first city they came to. Figuring that this was just a fluke or a lucky guess designed to scare them or something, the dissenters led the Lamanites back away towards their backup plan:

Therefore they retreated into the wilderness, and took their camp and marched towards the land of Noah, supposing that to be the next best place for them to come against the Nephites.

For they knew not that Moroni had fortified, or had built forts of security, for every city in all the land round about; therefore, they marched forward to the land of Noah with a firm determination; yea, their chief captains came forward and took an oath that they would destroy the people of that city.

But behold, to their astonishment, the city of Noah, which had hitherto been a weak place, had now, by the means of Moroni, become strong, yea, even to exceed the strength of the city Ammonihah.

I wonder how the Nephite dissenters leading the Lamanite armies must have felt. They’d been gone two years, they’ve managed to con and flatter the Lamanites into believing that this time, they can beat the Nephites. I mean, with recently defected Nephites at the helm, how could they lose? And here they are stammering and guessing what to do just like the Lamanites. Their embarrassment and deer in headlights mentality is recorded:

Now at this time the chief captains of the Lamanites were astonished exceedingly, because of the wisdom of the Nephites in preparing their places of security… Behold, to their uttermost astonishment, they were prepared for them, in a manner which never had been known among the children of Lehi… for Moroni had altered the management of affairs among the Nephites, insomuch that the Lamanites were disappointed.

Keeping Satan on his toes

As I read this story recently, I thought of an interesting parallel. It was only a little while ago (in the eternal scheme of things) that the third part of our brothers and sisters dissented from the liberty and freedom that our Heavenly Father extended towards all of us in favor of a lying conspirator. Those who rebelled against our freedom then are engaged in battle against our freedom now. Like the Nephite armies, we beat Satan and his forces once, and he wants to make sure we don’t beat them again. And he has a lot of knowledge on his side. He was with us in the premortal realm. With eons together, surely he and his armies know our personalities, our strengths, and our weaknesses. They haven’t passed through the veil and forgotten everything. They know where best to hit us.

So what is our best defense? Same as Moroni’s: keep changing things up on them. Find the weakest part of your testimony– your own spiritual Ammonihah– and fortify it. Put up walls, moats, and your best resources around the parts of your spirit that have previously been the most vulnerable. Then move on to the next most vulnerable part of your spirit and keep building up your defenses until Satan doesn’t even recognize you anymore.

Thankfully, we are not alone in this fight. The God who inspired Captain Moroni inspires us today. Through the prophets, He promises:

I hope I’m always a moving target. Always growing, always improving, always getting stronger and stronger and less recognizable to Satan. Because I know that if I stop changing, I’m giving Satan more time to learn my defenses. As Elder Robbins put it in this past April Conference:

Concerning change, consider this simple insight: “Things that don’t change remain the same.” This obvious truth isn’t meant to insult your intelligence but is the profound wisdom of President Boyd K. Packer, who then added, “And when we are through changing– we’re through.”

[We must be] continually resisting [Satan]. To move upstream toward our eternal goal, we must constantly keep paddling… [Satan’s] currents are so strong that if we ever stop paddling, we will be carried downstream toward a destination we do not seek but which becomes inevitable if we do not constantly try to move forward.

I hope we can all have the motivation and the humility to take an honest self-assessment with the Lord sometime soon and find out what our personal Ammonihah is and start fortifying it. With the Lord’s help, Satan and his hosts won’t know what to do against such a moving target.