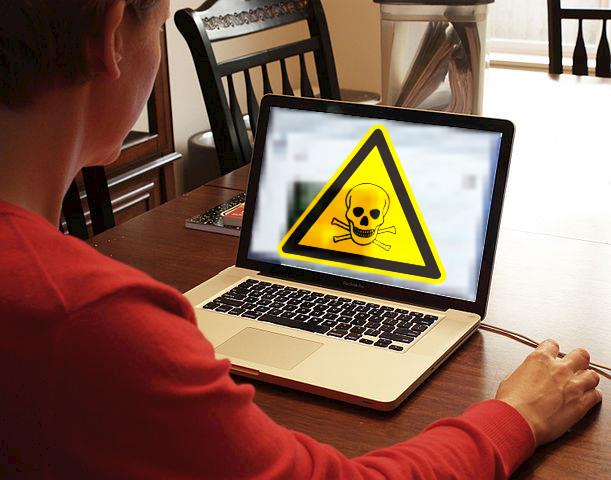 It was 62-63 BC. Captain Moroni had received a letter from the evil Ammoron, offering to exchange prisoners. But Moroni rejected Ammoron's offer, deciding instead to try and take his prisoners back by force. He found some Lamanite descendants among his army and sent them to the Lamanite soldiers who were guarding the city where the Nephite prisoners were kept. This envoy, posing as escaped Lamanite prisoners, carried with them a large supply of especially strong Nephite wine. The guards quickly drank themselves into unconsciousness. When they awoke the next morning, the Nephites had armed all the prisoners within the city and surrounded the Lamanites without. Surrounded by their enemies and reeling from a massive hangover, "in these circumstances [the Lamanites] found that it was not expedient that they should fight with the Nephites."

At the end of the day, all the Nephite POWs were freed, and the Lamanite forces were diminished– all without a single loss of life on either side. Pretty cool trick, right?

The Lamanites obviously thought so, because they attempted to copycat that same trick against the Nephites repeatedly throughout the remainder of the war. They even went one step further and started adding a dash of poison to the recipe. But they never had the same success as the Nephites:

And many times did they attempt to administer of their wine to the Nephites, that they might destroy them with poison or with drunkenness.

But behold, the Nephites were not slow to remember the Lord their God in this their time of affliction. They could not be taken in their snares; yea, they would not partake of their wine, save they had first given to some of the Lamanite prisoners.

And they were thus cautious that no poison should be administered among them; for if their wine would poison a Lamanite it would also poison a Nephite; and thus they did try all their liquors.

Here are several principles I have gleaned from these verses and the Nephites' caution regarding the wines that were offered to them:

1. Cautious that no poison should be administered among them

My first thought was of the wording in that last verse: "And they were thus cautious that no poison should be administered among them." Looking at the influences of the world today, there is a lot of spiritual poison being freely offered to us. How cautious are we about what we permit into our lives and into our homes?

Remember, the Nephites were "cautious that no poison" would make it into their mouths. None. Nada. Zilch. But sometimes we are less stringent. Maybe we're strict to avoid the poison of pornography in our movies, but we are much less cautious to avoid the poison of immorality, excessive violence, or swearing. I know it's easy to justify our choices by saying, "it's inescapable," or "the overall message is really good," or "that stuff doesn't really affect me very much."

But I can't imagine any Nephite soldier telling their captains not to throw out the poisoned Lamanite wine away because it's "still really good wine overall" or because that particular soldier has an immunity to that particular poison so instead of dying, he'll only get a stomachache.

When it comes to media choices, a picture is worth a thousand words:

2. The dose makes the poison

This analogy of poison extends to more than just unwholesome media. We need to be careful even about the amounts of "good" things that we allow to be administered to us.

For example, when I read these verses a few months ago, I wondered, "What poison is being administered to me that I need to eb more cautious about?" The prompting I received was not that I needed to change which TV shows or movies I watched. Instead, I received the impression that I needed to take a look at the podcasts I listen to every day during my commute.

This surprised me. My podcasts are wholesome and educational. How could they be a poison? As I prayed about this, the answer that came to my mind was that the podcasts were not evil influences themselves, but that I was spending too much of my time listening to the "good" things when I needed to make more time for the "best" things (see Elder Oaks' great talk on Good, Better, Best).

Since that impression, I have dedicated my morning commute to listening to Conference talks. I save my podcasts only for the ride home. Starting off my morning with inspired guidance from an Apostle of Jesus Christ instead of a fun, educational podcast about economics or politics has resulted in a powerful improvement in my day. Often I will pause the talk halfway to work when the speaker says something profound and ponder on the message the rest of the way into the office.

My schedule is very busy between school, work, family, and Church. I had not realized it, but the educational podcasts I religiously listened to each morning had been "poisoning" my opportunity to learn from the Spirit during what usually is the single quiet time I get all day. The podcasts are still great and I do listen to them on the way home, but it has been far better not to spend 100% of my alone time each day on spiritual "junk food." The dose makes the poison.

Remember, Captain Moroni specifically chose soldiers of Lamanite descent to go tempt the Lamanite guards with wine. This makes sense, of course, since the Lamanites would probably look askance at a group of Nephite soldiers offering them "free" drinks. The text doesn't say this, but I suspect the Lamanites used the same tactic when trying to wine and dine the Nephites, too. The Lamanite army was replete with Zoramites (Nephite defectors), so getting someone that looked like "your friendly neighborhood Nephite" wouldn't have been too hard.

The point is that both sides probably received tainted food and drink from someone that looked and sounded just like a friendly face from their own side. So it is with the spiritual poison that Satan tries to administer to us. When he wants to entice us away from the tree of life, his best emissary is not the drunken loudmouth far away inside the great and spacious building. It is often the guy at the tree next to us who has started drifting but is still only a few steps away. It's the member who believes and teaches most of the Gospel and accepts most of the Scriptures, but mingles them with the philosophies of men. The poison that is most dangerous is the kind we don't detect because we trust or like the guy giving it to us. Even within the Church, we must beware the evil behind the smiling eyes.

As I mentioned before, it was probably impossible for the Nephites to know in advance whether a gift of food or drink was a tainted offering from the scheming enemy or a benevolent donation from their local fellow citizens. Every gift brought to them represented a potential danger.

As Latter-Day Saints, we are in similar circumstances. We have been "warned and forewarned" of the "evils and designs which do and will exist in the hearts of conspiring men in the last days." We know that the world, in general, is in an ever-accelerating downwards spiral and that the majority of what society offers for morality is pernicious and carefully, intentionally, and specifically calculated to drive us to sin. But a lot of what is offered is "virtuous, lovely, of good report, and praiseworthy." So what should we do?

We can take a lesson from the Nephites here. For starters, the Nephites did not blockade themselves in their fortifications, turning away all interactions with those purporting to bring them something of value. Instead, they developed a simple litmus test to determine whether or not the gift contained poison: "they would not partake of their wine, save they had first given to some of the Lamanite prisoners… for if their wine would poison a Lamanite it would also poison a Nephite." Armed with this human poison-detector, they were not afraid to "try all" the gifts brought to them.

I worry that sometimes as Latter-Day Saints, in our struggle to be "not of the world," we ignore the command to "be in the world" in the first place. Society is just too risky, too dangerous, and too foreign to our principles to consider interacting with. So we circle the wagons and throw up a barricade. Some members even forbid their children from playing with other children who are not members of the Church. And while many of us don't explicitly hold such a non-Christian family rule, we often teach them this principle of exclusion by example when we only socialize with ward members or we stay home from every work or neighborhood party.

And then we wonder why society views Mormons as exclusive and reclusive.

We need to learn to do what the Nephites did: establish a litmus test. God has given us a 100% fool-proof spiritual poison-detector we can apply anywhere and anytime to anything:

Every thing which inviteth to do good, and to persuade to believe in Christ, is sent forth by the power and gift of Christ; wherefore ye may know with a perfect knowledge it is of God.

But whatsoever thing persuadeth men to do evil, and believe not in Christ, and deny him, and serve not God, then ye may know with a perfect knowledge it is of the devil.

As we live "in the world," may we contribute by making it a better place because of our righteous living, our service in causes that are just, and our faith that good will ultimately triumph over evil.

In the end, it's all about remembering God

It's hard to stay constantly vigilant but also always involved. It's hard to filter out the bad and keep the good. Fortunately, we have been promised by God that we will not be led astray as we strive to discern between the wholesome and the poison. If, like the Nephites, we are "not slow to remember the Lord [our] God," He will let us know how to enjoy what is good and reject what is bad in our own lives and those of our families.