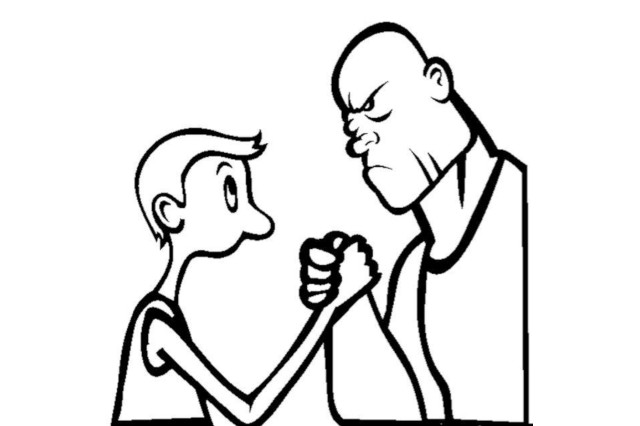 When you have every advantage

These are a few of my thoughts as I read the story of Lehonti’s people in Alma 47.

After failing to be elected king over the Nephites, the evil Amalickiah deserted over to the Lamanites. He immediately gained a position of prominence and trust at the Lamanite king’s side, then quickly convinced the king that they should all go to war with the Nephites. Fortunately, some of the Lamanites were smart enough to remember back perhaps 2 years ago to the last time they tried to invade the Nephites under the command of a crown-seeking Nephite dissenter (Zerahemnah). In fact, it’s possible they were among the Lamanite soldiers who, 4 chapters before, had made a covenant never to come against the Nephites to war again. So, they refused the king’s command for war. These soldiers gathered together to fight against king’s command to go to war against the Nephites.

I want to pause here and make the application to us.We are all in a war, a war that began long before we were born. Every person born on this earth was a son or daughter of God in the premortal realm who “shouted for joy” upon hearing the Plan of Salvation. And when the forces of Satan fought to conquer us and compel us in their evil cause, we fought against the devil and his followers and conquered them by the power of our testimonies. And in a future millennial day, Satan will be bound by the same power of our own righteousness. It is a war that we have been fighting for eons and will continue to fight until the last victory has been won.

Fortunately for those Lamanite rebels, the prospects looked good. Really good. And they’re even better for us. They had (and we have) every advantage:

When the king of the Lamanites commanded his army to go against the Nephites, “the more part of them would not, obey the commandments of the king.” So right off the bat, the rebels have the advantage of the majority of nation’s army in their cause.

So do we. True, 16 million members of the Church is a drop in the bucket in this global population. And according to Nephi, our numbers compared to the rest of the world will always be relatively few. But I’m talking bigger picture. Remember that Satan only drew away a “third part” of the hosts of heaven; the majority of Heavenly Father’s children sided with the Savior. When we face the forces of evil, we can take comfort in the words of Elisha who reminded his frightened young lad, “There are more that be with us than those that be with them (2 Kgs 6:16).

The Lamanite rebels grouped together and occupied Onidah, “the place of arms.” Potentially, this means they had an entire Lamanite armory at their disposal. If this is true, the Lamanite rebels had the advantage of a vast store of weapons and armor.

By the same token, we have more of the word of God than any dispensation before, (and it’s all on one app). We have daily access to blessings and ordinances that have been reserved since the foundation of the world. Most of us can pick up a phone and have priesthood holders in our house administering a blessing to us by the power of God in about the same amount of time it takes to order and deliver a pizza. Every week we meet to participate in the most sacred ordinance of the Church– the Sacrament. We have received the gift of the Holy Ghost– the promise of the constant companionship of a member of the Godhead. The spiritual armor we have been given is stronger than anything our adversary can throw at us:

Wherefore take unto you the whole armour of God, that ye may be able to withstand in the evil day, and having done all, to stand.

Stand therefore, having your loins girt about with truth, and having on the breastplate of righteousness;

And your feet shod with the preparation of the gospel of peace;

Above all, taking the shield of faith, wherewith ye shall be able to quench all the fiery darts of the wicked.

And take the helmet of salvation, and the sword of the Spirit, which is the word of God.

The Lamanite rebels had stationed themselves at the top of a mountain (Mount Antipas), giving them a huge visibility and strategic terrain advantage. It would be a literal uphill battle for the forces of the opposition. On a more symbolic note, I suggested earlier that the Lamanites who had gathered on Mount Antipas are possibly those Lamanites who had made a covenant of peace with the Nephites.

We who have made covenants in these days also gather together to a mount– the Mount of the Lord, the Holy Temple of God. When we worship in the Temple, we stand “in holy places,” with the promise that the adversary will not be able to move us. There, we are taught sacred truths and can see with a higher perspective, giving us a spiritual advantage and cutting through the darkness. The light, knowledge, and covenants we receive there make it an uphill battle for Satan and his followers to attack our testimonies.

The Lamanites rebels were not just a ragtag team of protesters, either. They had organized themselves and had chosen a leader (Lehonti) to direct them in their rebellion against the wicked commands of the king.

We are blessed with a similar spiritual organization: a Prophet, Twelve Apostles, General Authorities, Stake leaders, a Bishop, quorum and class presidencies, and numerous ward leaders. With this chain of leadership, we are not in disarray as we face the enemies of truth.

The Lamanite rebels had been warned that Amalickiah and the Lamanite loyalists had been sent out against them. They knew the enemy was on the march, and they had time to prepare for the battle.

We have even more foreknowledge. Through the blessings of revelation and continuing guidance from inspired spiritual leaders who can see afar off– “watchmen on the tower” (or in the case the mountain), we can see the enemy coming from miles away. The Lord often lets us know to prepare through His servants years before the enemy arrives at our gates (remember the Proclamation came out over two decades ago). Better yet, we already know who will win the battle and to some extent how that skirmish will go down. Victory is assured.

Most importantly, the Lamanite rebels were really converted to their cause. They were “fixed in their minds with a determined resolution that they would not be subjected to go against the Nephites” (v 6).

In our day, we are also commanded to show a similar strength of conviction. We cannot compromise on our core principles.

But none of it mattered

The Lamanite rebels had every advantage: the numbers, the weapons, the mountain, the organization, the foreknowledge, and the conviction. I believe that when Amalickiah’s army came, the would have won the battle easily. But that’s not how it played out. When the enemy approached, there was no battle. And that is one of the greatest tragedies in all the Book of Mormon.