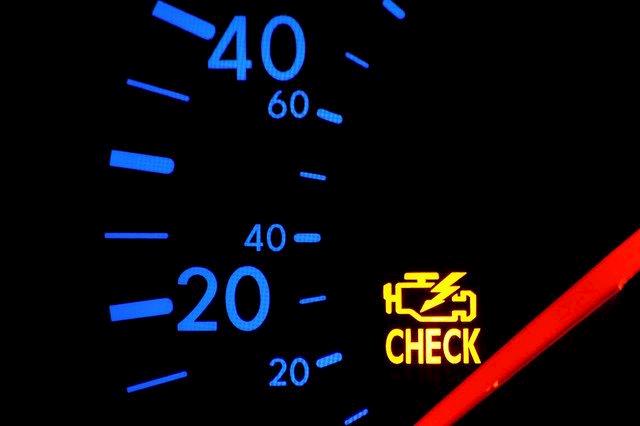 Easier to maintain than to fix

When I was a teenager, my household chore was the burdensome task of cleaning the "tile area" of the house. This included the entire kitchen, the dishes, the bar area, the dining room, the table, and setting/clearing meals. The rule was that my chores were to be completed to perfection every morning before I left for seminary and school. My mother would inspect them in the morning when she woke up, and if it was lacking, I would be pulled out of school unexcused to complete the job.

The repercussions of a job not done terrified me. So I stayed awake cleaning my assigned areas each weeknight for an hour or two (depending on how much mess had accumulated). Every night, I would be surprised and annoyed to see how quickly our family of six (including four boys) turned my spotless assignment into a nightmare of a mess. But by the time I went to bed each night that year, the entirety of my assignment was ready for a showroom.

I learned several lessons from this assignment:

Lessons from being the "tile Nazi"

I also picked up a few deeper insights:

However, this experience also turned me into "The Tile Nazi." Every day when I got home from school, I would camp out in front of the tile area. No one was allowed in (parents and brothers alike). I fetched glasses of water, made snacks, and switched around laundry. I ensured that all snacks were consumed directly over the trash can (to catch all stray crumbs), and reused dishes like it was the Great Depression.

I know it sounds rather extreme, but I found that I could shave off quite a bit of time and difficulty from my evening labor by simply preventing people from making messes in the tile area in the first place.

I was reminded of this experience recently when I was reading in the war chapters (Alma 59, specifically). Moroni has just received a letter from Helaman detailing the miracles and the hardships that he and his stripling warriors had just passed through on the western front. Already frustrated by the lack of support from the government to both his and Helaman's armies, he then got news of even more problems:

And it came to pass that while Moroni was thus making preparations…, behold, the people of Nephihah… were attacked by the Lamanites… and they did begin to slay them with an exceedingly great slaughter…

And now, when Moroni saw that the city of Nephihah was lost he was exceedingly sorrowful.

Mormon noted that Moroni was so surprised and sorrowful because he "[knew] that it was easier to keep the city from falling into the hands of the Lamanites than to retake it from them."

It is easier to maintain our spirits than to fix them

In other words, it is easier to maintain something than it is to fix it. It's a truth that has echoed through the ages, from the old proverb "a stitch in time saves nine," to Benjamin Franklin's quip "an ounce of prevention is worth a pound of cure," to Nehrlich's fantastic poem, "The Ambulance Down in the Valley (Part 1)." This principle applies to almost everything in life from cars to houses to health, to relationships. But the spiritual applications of this truth are especially evident in the Scriptures.

For example, we like to celebrate the Prodigal Son because he repented and are grateful that we, like him, can always return to our Father and find forgiveness for our mistakes. But sometimes if we're not careful, this emphasis on the penitent sinner and the joy of forgiveness can overshadow the tale of the faithful older brother. He never strayed, never starved, and never passed through the guilt and sorrow of knowing he was truly unworthy to be called his father's son. His path was easier and didn't cost him his inheritance. As joyful as the fatted calf and the ring must have been for the prodigal son, how much more valuable for the older son to hear his father promise "Son, thou art ever with me, and all that I have is thine."

Not to be the bearer of gloom, but when we mess up, things get harder. During his mortal ministry, Christ taught in the parable of the empty house that Satan loves to make an encore in our lives when we repeat our sins. And in this dispensation, he warned us in straightforward, chilling language, "unto that soul who sinneth shall the former sins return."

So, as grateful as we are for the saving grace of Christ's Atonement, remember that it is far easier to resist the temptation to sin than to repent of sin. Remember that next time you see that popup in your browser or feel your temper start to flare.

This applies to more than just avoiding sins, of course. Like Moroni's city of Nephihah, we all have good habits, spiritual ground in this battle of our souls, that we rely on for aid and strength. But if we are not careful, we can find that we lose these pretty quickly when the enemy comes knocking at the gates.

Don't ever go to sleep without reading your Scriptures or praying to your Father in Heaven. Sometimes that means you have to "cheat" a little in order to not break the chain. Maybe for Scripture study, you merely pondered for a moment about John 14:15. Maybe your quick prayer was muttered half-consciously as your head hit your pillow. Whatever you have to do, do it. But never let the habits – the spiritual ground you have already gained– fall into the enemy's hands.

What are some other Nephihahs in your life that may need a bit of bolstering?