Last month, Elder Uchtdorf announced an overhaul of the Church's pamphlet, "For the Strength of Youth." This pamphlet has long been the standard not just for teenagers, but for adults, in how to speak, dress, and act. The new version is very different from the one you and I grew up with, and in a good way. If sincerely applied, these new guidelines will be an enormous benefit to the rising generation.

However, because more emphasis is placed on the why and less on the what, some members sadly use the new FSY guidelines to justify lowering their standards. Let's be clear: if you think these changes mean the Lord expects less of Church members, you've got it completely backwards.

Lessons from the past

When we talk of standards and commandments, people who wish to dismiss God's expectations unintentionally or deliberately misattribute the purpose of the Savior's condescension. They see His rebukes of the Pharisees and scribes and mistakenly infer that Christ was delivering the masses from the oppression of religious laws. He was relaxing the tedium of the Law of Moses and replacing it with a much more enjoyable "just be nice."

Nothing could be farther from the truth. When the Lord replaced the strictures of the Law of Moses with the Higher Law of the Gospel, He didn't save us from the tough rules He Himself wrote. He gave us a far tougher standard instead: you don't have to just do what is right, you also have to want what is right. Faithful Christian converts didn't gleefully abandon the Law of Moses– they appreciated its purpose more fully than ever before, and sought to live the underlying principles in a higher, holier way than ever before. Sadly, many Christians fail to live up to that higher and holier way.

We see parallels in our own day. I'll mention two.

When I went on my mission, I was grateful that I was called to serve a "Preach My Gospel" mission. I wouldn't have to memorize the discussions my dad did, teach them in a specific order and specific way. It felt easier and liberating… because I was stupid. I soon realized that when the Lord replaced the memorized discussions with Preach My Gospel, sure He relieves the tough burden of memorization. But He gave us a far heavier burden instead: wrestling for revelation and qualifying for the constant companionship of the Spirit to inspire our words. Missionaries are to live in a higher, holier way than ever before. Sadly, many missionaries fail to live up to that higher and holier way.

In 2018, I was grateful that the Lord replaced report-driven home teaching program with ministering. I was initially grateful the load had been lightened and I could communicate with families digitally like they preferred, anyway. I thought that because I was stupid. Jesus didn't lighten the load to reach outside our comfort zones. He gave us a far weightier load to work hard, pray for, seek revelation for, discern the needs of, and truly love our assigned families. We are to minister in a higher, holier way than ever before. If we're doing it right, ministering should be a much more spiritually demanding work than rote home teaching ever was. Sadly, many in our Elders Quorum and Relief Societies fail to live up to that higher and holier way.

You see where I'm getting at here. True, there is no explicit taboo and tattoos in the new For the Strength of Youth pamphlet. It is easy to think the standards have been relaxed. They have not. Read Elder Uchtodorf's talk again and noticed why things aren't spelled out in black and white as much now:

… King Benjamin told his people in the Book of Mormon, "I cannot tell you all the things whereby ye may commit sin; for there are divers ways and means, even so many that I cannot number them."

King Benjamin went on to say, "But this much I can tell you, … watch yourselves, and your thoughts, and your words, and your deeds, and observe the commandments of God, and continue in the faith of … our Lord, even unto the end of your lives."

The Brethren are quite clear on their motivation here. The previous pamphlet wasn't cutting it because it didn't cover enough because it's impossible to cover enough. That's why it has been beefed up to point the youth to the Holy Ghost as the ultimate authority on what is and is not acceptable.

Have you noticed a theme every time Pres. Nelson speaks? He pleads for us to develop a revelatory relationship with the Spirit:

In coming days, it will not be possible to survive spiritually without the guiding, directing, comforting, and constant influence of the Holy Ghost."

For families and youth, those "coming days" are coming right now.

Too long, parents and youth have often outsourced their standards to lines drawn by "authorities." Pres. Kimball said Latter-day Saints certainly shouldn't watch R-rated movies. Which is to say "Certainly if you're off the cliff, you're in trouble." Instead, many took that to mean that all PG-13 movies were okay. Parents and teens had effectively outsourced their standards of acceptable media to the MPAA and Satan has wreaked havoc with that error ever since.

The vast majority of my generation has left the Gospel. Relatively few of my generation have removed their records. But remember, "Many leave the Savior and their covenants long before they leave His Church." Upwards of 90% of the kids from my wards growing up have abandoned their covenants, many of them within a few months of returning home from their missions. Many of the stragglers that still participate weekly openly advocate doctrines contrary to the Gospel and freely acknowledge they are only staying so they can change the Church from the ground up.

Why is my generation failing all the generations that came before? I'll offer one observation: many in my generation adopted an attitude of doing the bare minimum to not have to see the Bishop. We haven't been asking "how can I improve," but "how far can I go?"

That era needs to end right now. The Lord has raised the bar and taken off the training wheels. But are we ready for that? My generation certainly isn't, and I worry about the next.

Pres. Nelson told of learning to abide a higher and holier way in regards to the Sabbath Day:

In my much younger years, I studied the work of others who had compiled lists of things to do and things not to do on the Sabbath. It wasn’t until later that I learned from the scriptures that my conduct and my attitude on the Sabbath constituted a sign between me and my Heavenly Father. With that understanding, I no longer needed lists of dos and don’ts. When I had to make a decision whether or not an activity was appropriate for the Sabbath, I simply asked myself, “What sign do I want to give to God?” That question made my choices about the Sabbath day crystal clear.

This applies equally well to the standards in FSY. Everything we wear, eat, drink, say, do, watch, listen to, or even think sends a signal to God about where our priorities lie. What signal do we send God when He raises the bar and we respond by getting skimpier shorts, tank tops, new energy drinks, extra piercings, or a tattoo? It tells Him we either do not understand, or do not love, the principles He has taught us.

I'm not saying we should return to the old FSY pamphlets. and enforce them in Church meetings. Nor that we should demean any who don't abide by previous statements. We'll take anyone at Church, regardless of how they're dressed. I'm simply inviting us, youth and adults, to daily call down revelation to discern what standards the Lord would have us live. I'm inviting us to live in a higher, holier way than ever before.

Youth and parents, please counsel together to determine what standards you will follow in your family. Seek revelation daily. Develop an attitude of zealous obedience to divine principles. And when considering those standards, remember, it's called "For the Strength of Youth." Strength comes from lifting more weight, not less. Inculcate in your homes an attitude of "what signal can I send God?" in lieu of "how far can I go?" It will be more difficult than it was before. That's by design. Because the spiritual survival of your family depends on it.

Did I mention I host a podcast now? Yeah, I started a podcast called Conference Talk. Each week, my co-hosts and I discuss a talk from the most recent General Conference. Kinda like you'd get from Elders Quorum of Relief Society, but hopefully a little more fun at times 😉. I talked about Elder Uchtdorf's talk with my co-host Michael and went through many of these same points. Check it out: 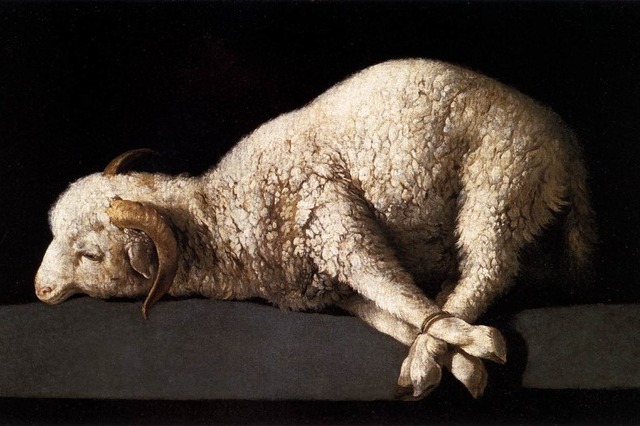