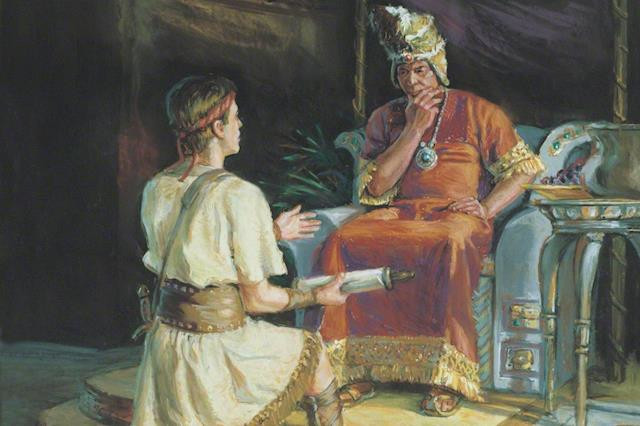 I loved the second area of my mission. The Bishop was totally on board with missionary work. The ward mission leader was a rock star. The ward was warm and accepting. And the boundaries were large enough to stave off knocking on someone’s door more than once every 2 months or so (this was back in the day when tracting was almost all missionaries ever did). It was really awesome– definitely one of the highlights of my whole mission.

I was there a long time. I spent 6 months (and 5 companions) in that ward. But no matter how awesome an area is, you can still burn out.You know you’re starting to burn out when you can remember the last time the guy at a door rejected you. “I know you weren’t interested when I came by last month, but how about now?” Yep, the repetition starts to get to you after a while. Even though I had a great companion and a great area, I had started thinking wistfully about other pastures.

One day when I was first starting to experience the feeling of area burn-out, I was prompted with this question, “How would you feel if God were to leave you in this area for the rest of your mission?”

I thought on that for a while. Trying to be diligent, I answered, “Well, I’ll go where you want me to go. I’d accept that.” But wouldn’t you kno it, that isn’t enough for God? Into my mind surfaced these words of Ammon to King Lamoni:

I desire to dwell among this people for a time; yea, and perhaps until the day I die.

I’ll never forget that gentle rebuke of the Spirit. Ammon didn’t tell Lamoni, “I desire to dwell among this people for 2-4 transfers.” He didn’t say, “I desire to dwell among this people until I feel burned out or as long as the ward is receptive.” Ammon’s humble heart was in it for the long haul. He was willing to spend the rest of his life loving and serving and living with a people he had never before met. No strings attached, and no end date in sight.

The Lord encouraged the Saints in this dispensation to develop that Ammon level of long-term thinking. When the homeless Saints of the Colesville branch arrived in Kirtland, they were temporarily placed on a few acres of the Leman Copley farm. Their stay would be a short one (only a few weeks, it turned out), but even though the Lord promised them they would stay there only “for a little season,” He nevertheless commanded them to “act upon this land as for years, and it shall turn unto them for their good” (D&C 51:16-17).

I was still pretty green in that second area on my mission. But that day in that area changed my mission. I had a lot of hard areas after that one. Areas where the Bishop and the members avoided us because of the irresponsible actions of previous missionaries. Small areas where I was knocking the same doors every 3 weeks. Even an area where the Bishop told one of our investigators not to get baptized and rebuked our ward mission leader for being too zealous because he was inviting members to bring their friends to Church.

But through all of this, I remembered Ammon. And I remembered the experience I had early in my mission. So I tried to go into each area with a heart willing to “dwell among this people… until the day I die.” I tried to “act upon [each area] as for years.” I tried to avoid thoughts like “I’ll be gone in a few weeks, so it doesn’t matter” or “this isn’t worth the effort since I won’t even be here to see it through.” I’ve tried to carry that long-term attitude with me throughout the various wards and callings I’ve occupied since my mission, and it continues to impact my life. That doesn’t mean I’ve fallen in love with every single calling I’ve held (Scouting, cough, cough), but it has given me the ability to love those I serve even more. And that’s made all the difference.

Mosiah taught that when we are in the service of our fellow beings, we are only in the service of our God. And that calling to serve is a lifetime calling. So if you’re feeling the weight of your calling, if you’re feeling buned out in service a bit, avoid the temptation to look forward to your transfer, your release, or even your death. Try to be smile, love the people, and develop the attitude of Pres. Kimball, who taught:

My life is like my shoes– to be worn out in service.