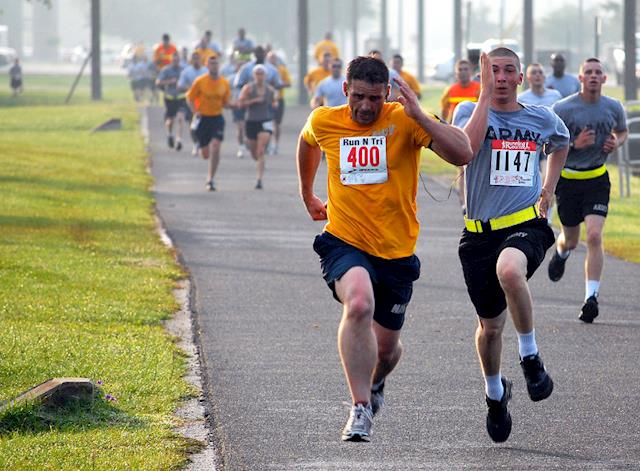 Lessons on revelation from the five Nephite runners

Who were the Nephite runners?

At this time (circa 23 BC), the Nephites were not a good place spiritually. The country as a whole was very wicked– ripe and ready for destruction (again). The murderous secret society of the Gadianton robbers had gained complete control of the government. "The more part" of the people had joined those Gandiantons. Theft, adultery, persecution of the righteous, and murder were rampant.

The Prophet Nephi had just returned home from his unsuccessful mission to the land northward, only to find his country controlled by a gang. While he knelt in his garden to pray, a crowd gathered to heckle him. He preached destruction upon them if they would not repent, earning him yet more heckling, as well as a few legal threats. Then, as a sign of his divine commission from God and of the destruction which awaited them because of their wickedness, Nephi let loose this bombshell revelation:

Yea, behold [destruction] is now even at your doors; yea, go ye in unto the judgment-seat, and search; and behold, your judge is murdered, and he lieth in his blood; and he hath been murdered by his brother, who seeketh to sit in the judgment-seat.

Here's where the "Nephite runners" come in. Five men of the crowd ran to the judgment-seat to verify Nephi's claims. When they arrived, sure enough, there was the chief judge, lying dead in a pool of blood. The five runners fell into a comatose state from shock and fear. They were wrongfully tossed into prison, where they were converted to the Gospel. After their release, they became ardent defenders of the truth.

What most struck me most the past time reading this account was the conversation those runners had with each other while they traveled on the way to the judgment-seat:

My first thought reading that was "Wow, they must have been in great shape to be able to say all that while running!" More importantly, I think there are a few lessons about personal revelation and missionary work we can take away from this account:

One day on my mission, my companion and I knocked on the door of a lady who seemed very confused about why we were there. We explained that we were missionaries from our Church, sharing a message of Jesus Christ. She kindly explained to us that we must have knocked on the wrong door. "You must be mistaken," she told us, "I'm not a member of your church!" For some reason, it seems this woman thought we were going door to door looking for our own ward members. When she told us she was not a member of our Church, I almost blurted out, "Well, we can certainly fix that!"

The idea this lady had– that Mormon missionaries are going around looking for other Mormons– may seem a silly thought. But I worry that too often we members actually treat missionary work that way. We too often only share the Gospel with those that are already living and believing like a member of the Church (so-called "dry Mormons"). But we think they lack this predisposition to our faith (they are active in their own church or believe things that are very counter to our core doctrines), we write them off, saying, "They're very attached to and convinced of their current beliefs– they must not be ready to hear the Gospel yet."

I find myself making this same excuse time and time again. But it's just that– an excuse. The Nephite runners were not predisposed to the Gospel, either. In fact, they discussed their disbelief with each other along the way to the judgment-seat, saying specifically "Behold, we do not believe… yea, we do not believe that he is a prophet." Yet when they found the truth, they were converted because like Zeezrom and Paul, they were intellectually honest enough to accept the truth when it was made known.

When Nephi announced the murder of the chief judge, he invited everyone to go to the judgment-seat and find out for themselves. The five runners acted on his invitation immediately. But the rest of the multitude did nothing. They didn't even bother to wander over and "take a quick peek just to be sure."

I wanted to give the rest of the multitude the benefit of the doubt, too. But a few verses later we read that the rest of the Nephite crowd showed up at the chief judge's funeral the next day with no problem, so distance apparently wasn't the issue that kept them from going to find out for themselves. I believe that the Nephite crowd was like Laman and Lemuel after Lehi's vision, like the Israelites after Moses erected the brazen serpent, and like so many investigators today– they were so sure of the outcome that they would not even bother to go and check.

On the other hand, the five runners did put forth the effort to learn the truth for themselves. And they didn't lethargically amble over either; "they ran in their might." Because of their diligent effort to learn the truth, they were blessed with an abiding testimony of the answer they sought, while the rest of the crowd continued on its way after this event, unwilling to change their lives or accept Nephi's words.

In order to change lives, revelation requires effort on our part.

When I was in middle school, I decided to open my first bank account so I could better manage the money I was making from mowing lawns. For this type of account and considering my age, the bank required extra information from my parents in order to open the account. Trying to be independent, I attempted to fill out all the forms myself. But at last, I was at a loss when I came to the field asking for my father's social security number. I walked to my dad's office and asked him what his number was.

He gave me a surprised look. "That's an interesting question. Why do you need to know?"

In traditional teenage fashion, I replied, "Nothing."

For some reason, he was unsatisfied with this answer and explained, "What you are asking is very important, very special information. I don't just give it out willy-nilly. You need to tell me why you need my social security number and what you are going to do with it before I can give it to you."

Once I explained that I was trying to open a bank account, he obliged and gave me the information I had requested.

This is what Moroni called "real intent." Real intent means that we express our sincerity to Him by telling Him what we intend to do with the answer we receive. Our Heavenly Father also requires us to demonstrate real intent if we are to receive important information from Him.

This is why, in Preach My Gospel, missionaries are encouraged to extend the baptismal invitation right after the investigator accepts the invitation to pray to know whether the Book of Mormon is true. To tie those two even more together, I would encourage my investigators to say something like the following in their prayer: "Heavenly Father, I need to know if the Book of Mormon is true. If you do tell me that is is true, I will act on that conviction and be baptized." Simple enough, right? God, if you tell me this is the right way, I will follow it. But it continues to surprise me how many people are unwilling to make even a conditional promise like that.

This doesn't just apply to investigators, of course. Any time we ask God for an answer, we should sincerely express our willingness to act on the answer we receive. Want to know if you should you accept that really attractive job offer? Want to know if you have the Heavenly thumbs-up to propose to your amazing girlfriend? Or, here's an especially painful one: want to know if God would have you continue with potentially life-extending chemotherapy treatments for your child which have so far been ineffective?

In all cases, we must first make sure we are actually willing to act on the answer, even if it's not what we want to hear. And you can't just say you will do His will– you have to mean it. That is a tough thing to do. It's tough for our investigators, and it is tough for every person facing a difficult life-changing decision. Those five Nephite runners are an example to all of us. They promised if it was revealed to them that Nephi was a prophet, they would believe all his words and change their wicked lifestyle. They were sincere, and they changed their lives.

Calling down the powers of Heaven

The "Nephite runners" teach us to open our mouths to everyone, regardless of how much of a predisposition to the Gospel we may think they have. They teach us to be ready to "run in our might" and exert ourselves to be worthy of the answer we want from God. They teach us the value of real intent: how to be ready to change our lives when God answers us. This week, those five Nephite runners join Gideon, Amulek, Corianton, and Zeezrom on my list of unsung Book of Mormon heroes.