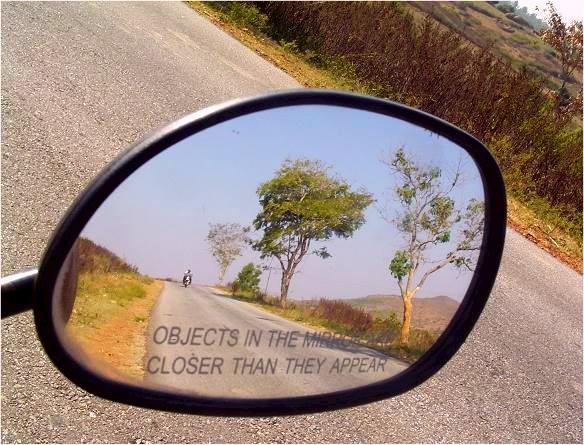 These are our days

I wrote about the prophet-missionary Nephi in my last two posts about unwearyingness and personal revelation. This week I want to continue to take his awesome story and highlight another important lesson for our lives. Having just returned from his mission to find his people incredibly wicked, he was understandably upset. Kneeling on his garden tower, he poured out his anguish to God:

Oh, that I could have had my days in the days when my father Nephi first came out of the land of Jerusalem, that I could have joyed with him in the promised land; then were his people easy to be entreated, firm to keep the commandments of God, and slow to be led to do iniquity; and they were quick to hearken unto the words of the Lord–

Yea, if my days could have been in those days, then would my soul have had joy in the righteousness of my brethren.

Have you ever felt that way? I know I have. When I read about the forties and the fifties or watch a movie set in that time, it seems so idyllic. America had helped defeat global bullies in Europe and the Pacific, scientific advancement was booming in leaps and bounds, and society seemed so centered. Moral values were acknowledged and usually honored by society. Kids said "sir" and "ma'am," and always dressed sharp. There were a lot of selfless, good people during that time (if you need proof of that, look at the type of men that currently fill the First Presidency and the Quorum of the Twelve Apostles).

Contrast that to today: patriotism is scorned is many circles, adults and children alike dress more and more casually, people spend their lives isolated online in their own echo chamber, violence is erupting over political differences, and sex dominates our entire culture.

But I guess I should consider myself lucky: I only have to look back 70 odd years to "the good old days;" Nephi had to look back centuries to find a time where he "could have joyed" in the days.

But what if I and Nephi are wrong?

I watched a movie some years back called Midnight in Paris. If you haven't seen it, don't bother– it wasn't very good. But it did have a thoughtful premise. From what little I remember, the movie centers on a guy in Paris who is always wistfully wishing he could have lived his days in Paris in the 1920s when all the best artists, writers, and musicians gathered to Paris for inspiration. His wish comes true when every night he finds himself magically transported back to that era. As he's living it up and rubbing shoulders with his heroes, he falls in love with a girl. He comes to find that she also wishes she were in a different time many decades earlier. Because she lacks the modern perspective, she is blind to all the amazing work going on around her that will change the world in the years to come. She can only see what she misses from her heroes of ages past.

I wonder if Nephi would have changed his tune if he could have had an opportunity to live among his ancestors for a few days– Midnight in Paris style. He probably would have found an all too familiar hardness of heart and unwillingness to listen to God. In fact, Enos, the prophet alive at the very time Nephi was wistfully wishing to join, recorded exactly what those first few generations of Nephites were like:

The people were a stiffnecked people, hard to understand.

And there was nothing save it was exceeding harshness, preaching and prophesying of wars, and contentions, and destructions, and continually reminding them of death, and the duration of eternity, and the judgments and the power of God, and all these things—stirring them up continually to keep them in the fear of the Lord. I say there was nothing short of these things, and exceedingly great plainness of speech, would keep them from going down speedily to destruction.

I see the same idealizing that Nephi expressed in the Church today, especially when talking about the pioneer days. We sing in happy, cheery tones "Whenever I think about pioneers, … I would like to have been a child then" and "slept under bright starry skies" with the other children.

Several times I've even heard someone, teaching about the spiritual dangers we face in the world today, say something to the extent this: "If those pioneers could have looked forward and seen the world we face today, they would have been grateful that they did not have to face such trials."

It is a natural human tendency to think the grass is greener on the other side. Or at least to think that it didn't used to be so brown and so prickly. We idealize the life of generations past so we can keep grumbling about our own. But while it is appropriate to look back on the past and glean the lessons from the past, we cannot afford to sacrifice the present to stay there. Elder Holland warned us in his fantastic devotional about Lot's wife:

As a new year begins and we try to benefit from a proper view of what has gone before, I plead with you not to dwell on days now gone nor to yearn vainly for yesterdays, however good those yesterdays may have been. The past is to be learned from but not lived in. We look back to claim the embers from glowing experiences but not the ashes. And when we have learned what we need to learn and have brought with us the best that we have experienced, then we look ahead and remember that faith is always pointed toward the future. Faith always has to do with blessings and truths and events that will yet be efficacious in our lives…

To yearn to go back to a world that cannot be lived in now, to be perennially dissatisfied with present circumstances and have only dismal views of the future, and to miss the here and now and tomorrow because we are so trapped in the there and then and yesterday are some of the sins of Lot's wife.

After the Apostle Paul reviewed the privileged and rewarding life of his early years– his birthright, education, and standing in the Jewish community– he says to the Philippians that all of that was "dung" compared to his conversion to Christianity. He says, and I paraphrase, "I have stopped rhapsodizing about 'the good old days' and now eagerly look toward the future 'that I may apprehend that for which Christ apprehended me'" … It is out there in the future, up ahead wherever heaven is taking us, that we will win "the prize of the high calling of God in Christ Jesus."

– The Best is Yet to Be aka Remember Lot's Wife

Mormon and Moroni would face the same situation– a hardened people, ripening for destruction, and wickedness over the whole face of the land. But this time, it really would be the last time for them, and Mormon and Moroni knew it. It would have been easy to throw in the towel, give up, and go off and wish you were born earlier while your people wipe themselves out. But Mormon encouraged his son:

And now, my beloved son, notwithstanding their hardness, let us labor diligently… for we have a labor to perform whilst in this tabernacle of clay.

Mormon understood that it's not over until it's over, and longing for ages past doesn't help us today. Fortunately, Nephi understood this, too. After lamenting about the wickedness of his generation and paying tribute to generations past, he acknowledged, "But behold, I am consigned that these are my days" and he got to work.

It's 2017. Our nation is fracturing. Wickedness abounds. Morality and decency itself are under attack. What was once universally acknowledged to be depraved and evil is celebrated in the streets, while piety and virtue and mocked, scorned, persecuted and sometimes even prosecuted. We don't know everything that lies ahead, but we have been warned by God that it is not going to be pretty.

But these are our days. And it's time to get to work.